The CONCATENATE function converts numbers to text. If you are joining the number 1047 and the string “Maple Street,” the formula “=CONCATENATE(1047,“ ”,“Maple Street”)” works just fine, producing “1047 Maple Street.”

With decimals or with dates, however, the result might be unintelligible. Take this example: 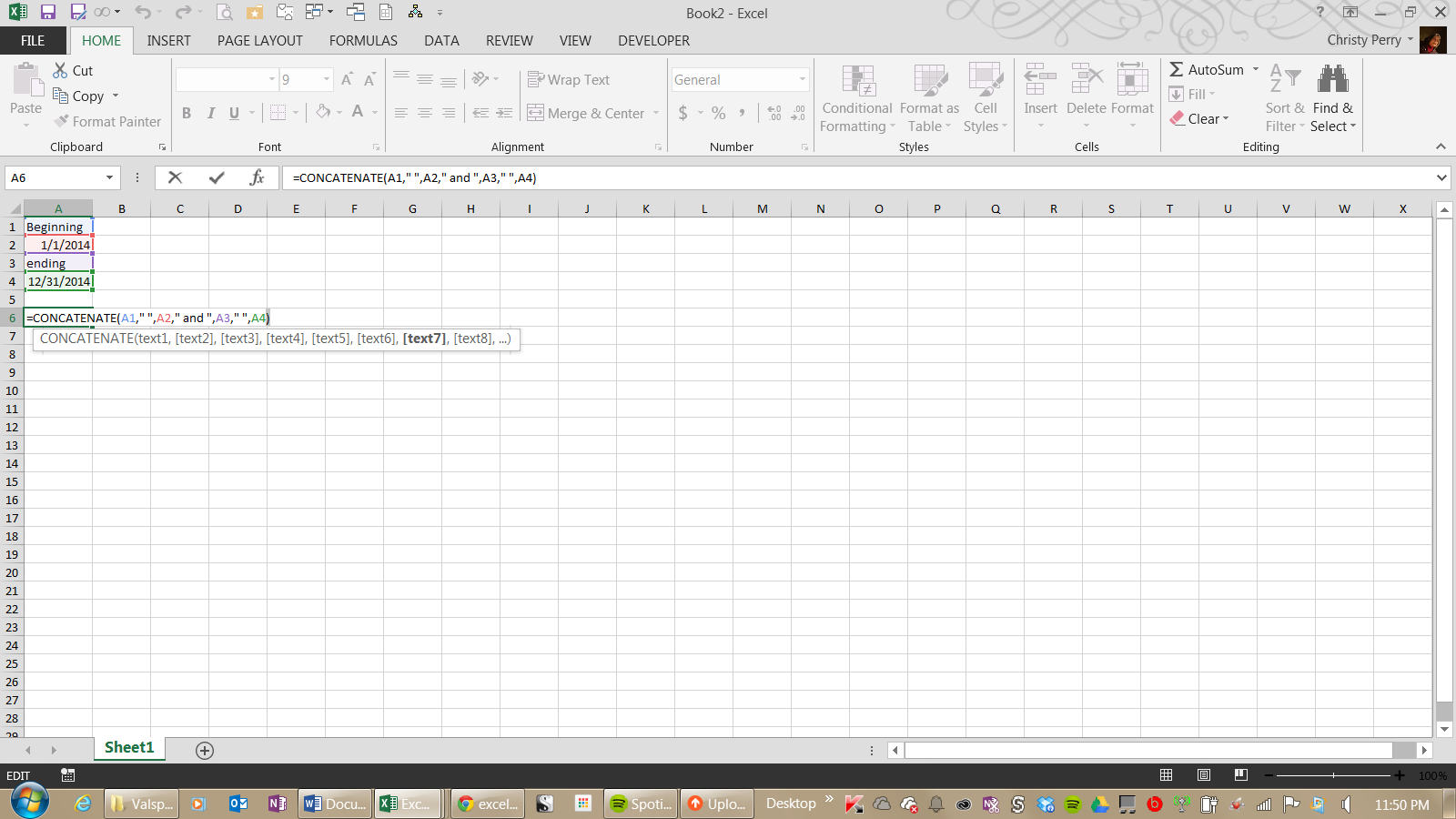 Why it happens – Excel stores all dates as numbers internally, displaying them as dates to make it easier for humans to read. The CONCATENATE function knows nothing about date formats, however, so it displays the date in Excel’s internal date-time code.

The solution – Use an additional function, TEXT, which converts a number to text using a specified format. While a thorough discussion of TEXT is a discussion for another post, you should be aware of two format codes that you’ll want to use with the CONCATENATE function:

Returning to the example above, enter the formula with TEXT functions on the dates: 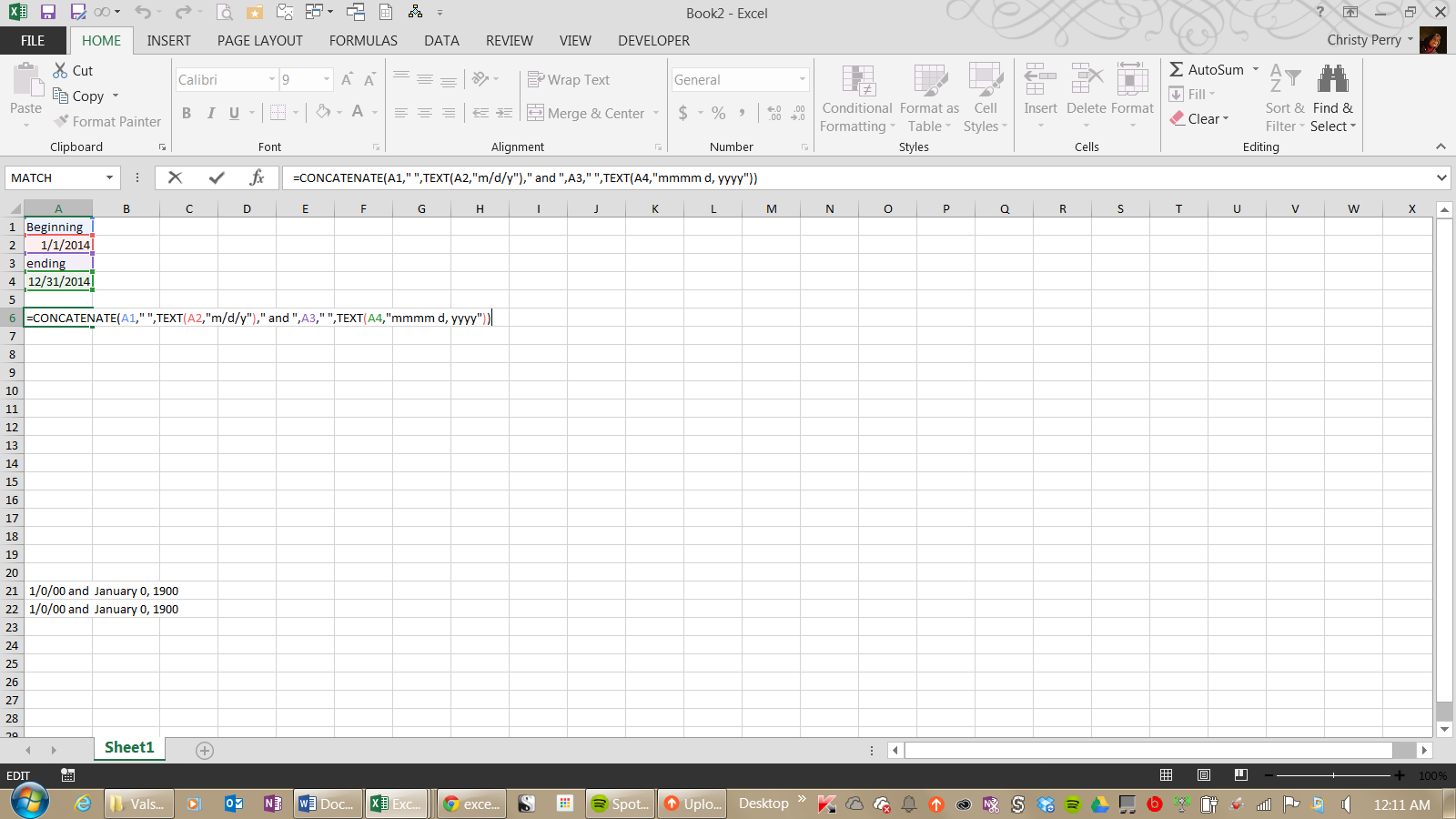 A Trick to Bypass CONCATENATE

Do you really need CONCATENATE? Not really, because Excel provides a nifty shortcut.

You can join strings together by placing an ampersand (“&”) between them. This works exactly like the CONCATENATE function, but without having to type an eleven-character function name. 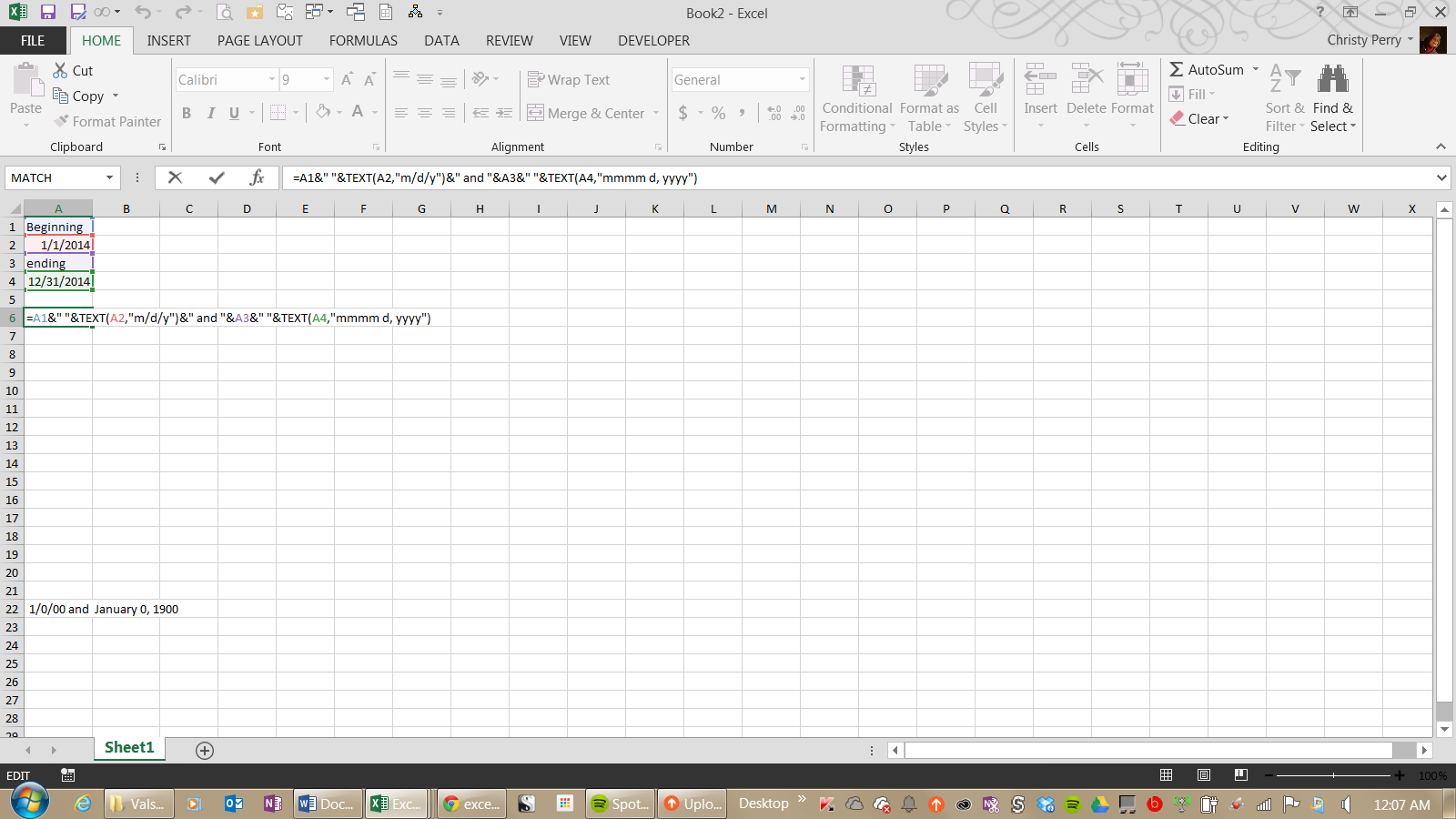 This produces exactly the same result as the previous version with the CONCATENATE function, but it’s shorter and easier.

Now that you know how to join strings together, you can use them anyplace you would use any other text—report fields, headers, or even conditions for IF or VLOOKUP statements. Concatenation is a convenient way to join multiple variables in one string or to join a label with a variable.

Finding Information with the Index Formula in Excel

How to Use the IF Formula in Excel, Part 2