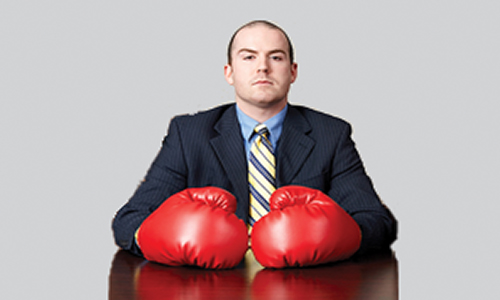 How to Manage Workplace Violence & Bullying - for Manager and Supervisors

Situations where co-workers say and do hurtful, tactless, discriminatory and sometimes violent things to one another are both disruptive and toxic to the workplace. Do some co-workers engage in low intensity but continuous conflict with one another? Do some co-workers engage in bullying behaviors such as spreading malicious gossip and innuendo? Are some workers occasionally subjected to acts of actual physical violence such as pushing and shoving — or worse?

The truth is, workplace violence can strike anywhere, anytime and no one is immune.

According to OSHA, nearly 2 million American workers report having been victims of workplace violence each year. Unfortunately, many more cases go unreported.

HR managers, department managers, supervisors, team leaders and anyone who may play a part in management or supervison.

Bring this topic or 200+ other training oppotunities to your location-
in-person or online.